The biggies, the bruisers, the forge-frenzied-gene-packed-gunning-for-your-guts boys in (mostly) red. The Goliaths! 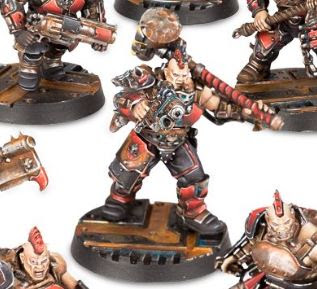 These were a great poster child for the newest edition of Necromunda, if you wanted something to grab you, then this was definitely the right choice.
So, what are they actually like to start getting a gang ready?

Availability
Goliath are straight out of the box easy to get on with. No mess no fuss. The two sprues are awesome and a great introduction to multi-part kits. I completely agree with everyone when they say the 2 mirrored sprues was a poor choice, and instead should have been a bit more configurable but saying that, there are a great number of options and only idiots like me who try and then mess up the sculpts when they don’t want to work with greenstuff!

See the guy on the right, that 'bicep' where he's pulling back his arm for a big lob is mostly greenstuff, the original pose with the 'lobbing arm' was a little too close to get a good arc for a Goliath. (Original below) 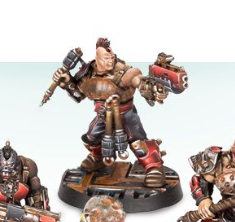 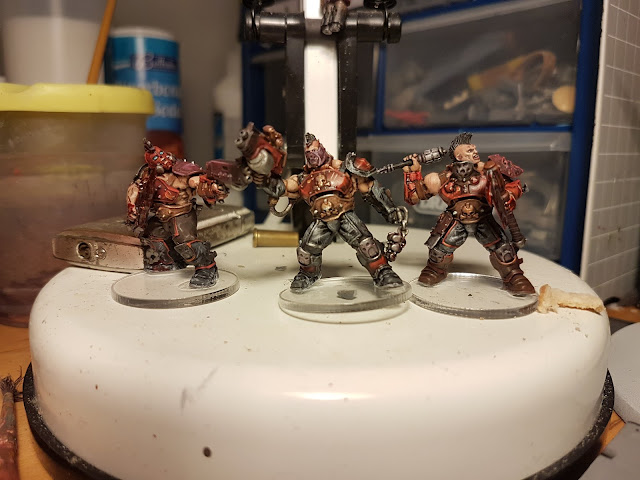 You can pick these guys up fairly readily as people will take the Underhive box set and ditch the big boys. One sprue at a time allows you to reinforce readily.


Converting Goliaths.
Until you get to Trading Post these guys shouldn’t need much amending to give them a decent look. You can add in a few extra plates here and there, and try for some crazy arm swaps (Orks/Chaos as always when you need bare arms) but you might struggle like me.

Because of the angular nature of a lot of the joins, a fair amount of conversion may be needed for even a simple arm re-pose. If you want to get creative with the Goliaths you have to think carefully about what you want to amend, and what you want to cover up. 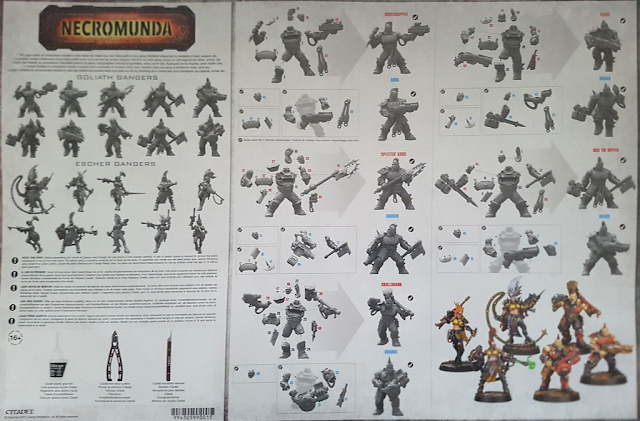 With the first batch of these guys I went for the standard poses. With some simple reposing you can align these guys differently as if they are charging, or with a bit of work, a bit of gun-showing.

The main issue I found was varying the look of these guys in the torso, because their belts are so large and their torsos therefore are fairly fixed, changing the position and orientation of the arms therefore is key. Because the legs are fairly open I did add some crouching/kneeling guys into the mix to make the gang as a whole look a bit more varied height wise. 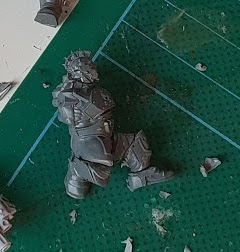 Painting
These guys are good fun to paint. A lot of detail, a lot of flesh. A fair amount of metals and materials, but thankfully no fur. Compared to Space marines, these guys are tough, the armour plates are nice and easy to get some good transitions on, but the closeness of the flesh-metal, and back again means a good amount of practice and a fine brush is needed. 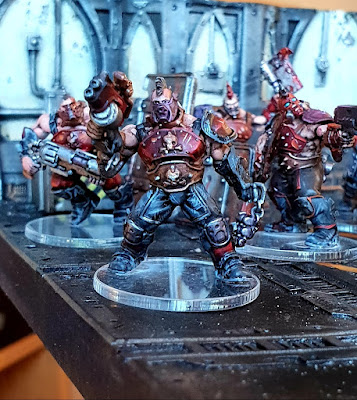 As always, get a theme, and stick to it. Mine, echoing the 'Cold Forge' namesake, went for cooler colours the higher up the ranks went. Try some new techniques as the scale is so small you can knock a fair amount of these guys in a short amount of time.

Here are some great examples I've found online. All credit to the original painters. 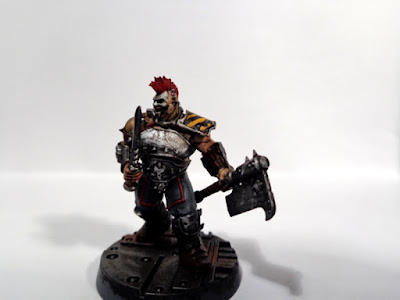 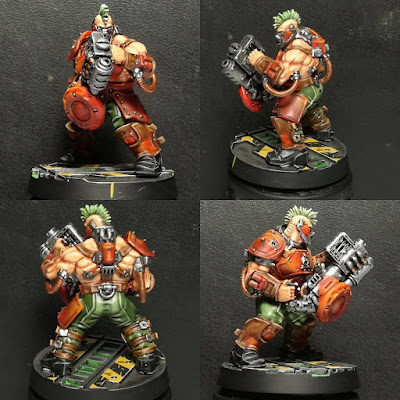 Expanding and growing the gang.
These guys are likely to be supported for some time, and so shouldn’t really run out. If you wanted to pepper the standard sprues with some different options, try some of the new Chaos guys for AOS? Ripped with muscle they fit nicely. 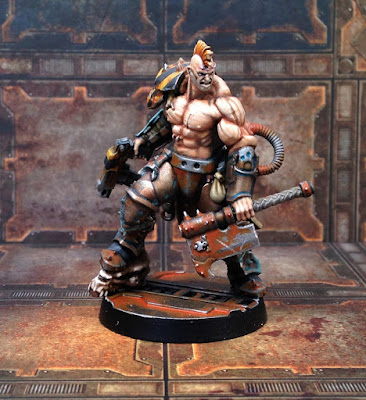 There are also some Forgeworld sets out already and they are an awesome set. I’m really glad I picked them up as the detail is lovely. Really crisp.

The heavy flamer may have been a fun/poor choice, but regardless I’ve got some genuinely useful bits for the next campaign I join. My next set of guys is already ready to go. I’m looking to use blu-tac rather than make their weapon choices permanent. 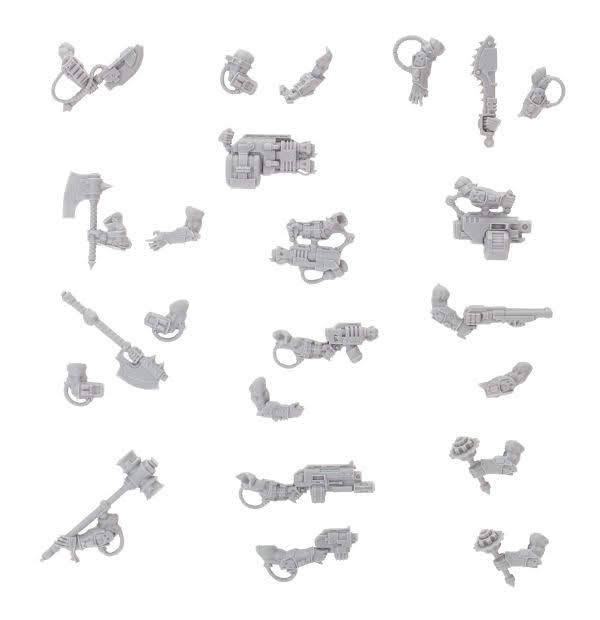 Don't forget your hangers on, and your alternative weapon loadouts too!

All in all, these guys are a really great starter gang to get excited about, they are as complex as you want to make them, and in game they only get better.

Next up, I'll be doing some in-depth reviews of how they play, and then how they fare in each of the missions